”what are you ggonna do. stab me” 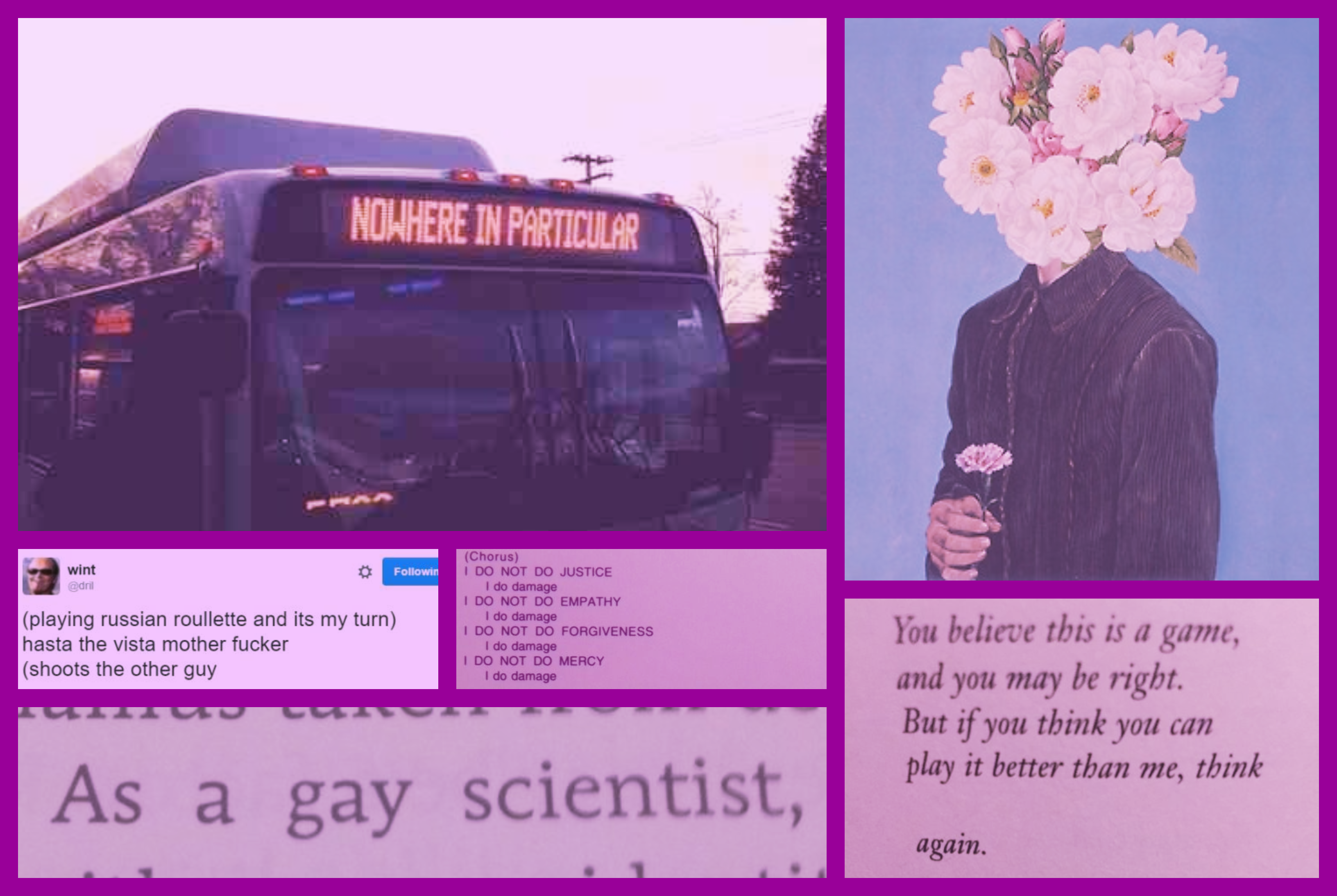 THE PRINCE OF TIME

NAME MEANING: renaut comes from renatus, a late-latin name meaning “born again,” plus “naut” from nautical. additionally, it’s similar to the name renat, which has its roots in a soviet acronym standing for “revolution, science, technics.”
kaelpi is an alternate spelling of the word kelpie, a type of sea monster.
his handle comes from tiberinus, the river god who rescued remus and romulus from the river they were thrown into, plus apathy, which is self explanatory if you’ve ever talked to him for more than 3 minutes. 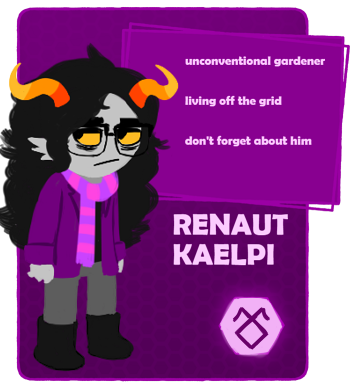 Your name is RENAUT KAELPI, and you are REALLY FUCKING TIRED.

You are pretty much always tired, because you frequently LOSE TOUCH WITH REALITY and work for three days straight. It’s not like your work—that is, BUILDING GUNS FOR THE HIGHEST BIDDERS—is really that interesting, but it keeps you busy, and at this point, that’s all that matters to you. Aside from your HYDROPONIC PLANT SYSTEMS, that is.

You’re ALARMINGLY COMPETENT at most of the things you attempt, but you tend to have FAIRLY SEVERE MOODSWINGS that hamper your functionality. When you’re not bouncing off the walls with MANIC ENERGY, you can be found LYING PRONE ON THE ROOF, thinking about THE APPALLING STATE OF THE WORLD. As a seadweller, you believe it is the RESPONSIBILITY of those with privilege to SPEAK OUT against unjust systems. You used to be passionate about things like GOVERNMENT REFORM and REVOLUTION, but nowadays... you wish you cared. Nowadays, the only consistent thing in your life is your immense capacity for BARELY SUPPRESSED SELF LOATHING. You try not to think about it.

Renaut’s hive is in the middle of the ocean, built into a giant lilypad. Half of it sits above sea level, almost completely hidden behind a wall of flowers. The other half extends downwards into the depths, serving as the anchor for the flowers’ roots to cling to. 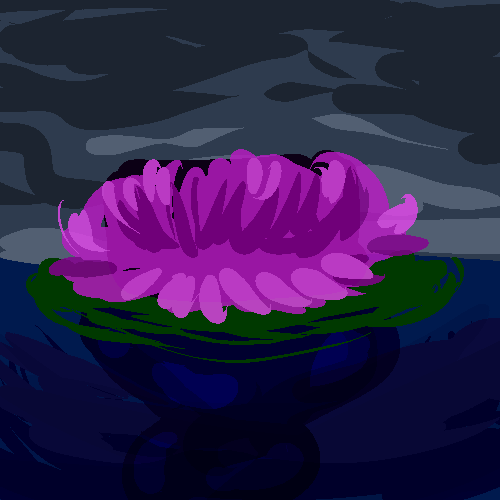 The rooms inside are overflowing with plants. There doesn’t seem to be any kind of dedicated garden space, they’re just tucked into corners or balanced precariously in front of windows, nestled under tailor-made lamps or creeping up the walls in the dark. They fill in the gaps between everything else, almost like an afterthought, except it’s clear that they’re cared about a lot. A lot of them are set up to be watered automatically with complex mechanical systems. None of them are growing in dirt.

There’s a room dedicated to Renaut’s halfhearted “job,” long workbenches with half finished weapons scattered across them, scraps of metal in a pile in one corner, and tall shelves against the wall holding all kinds of odds and ends—from cool rocks and bones to various acids and acetates.