”There's a time and place for everything.” 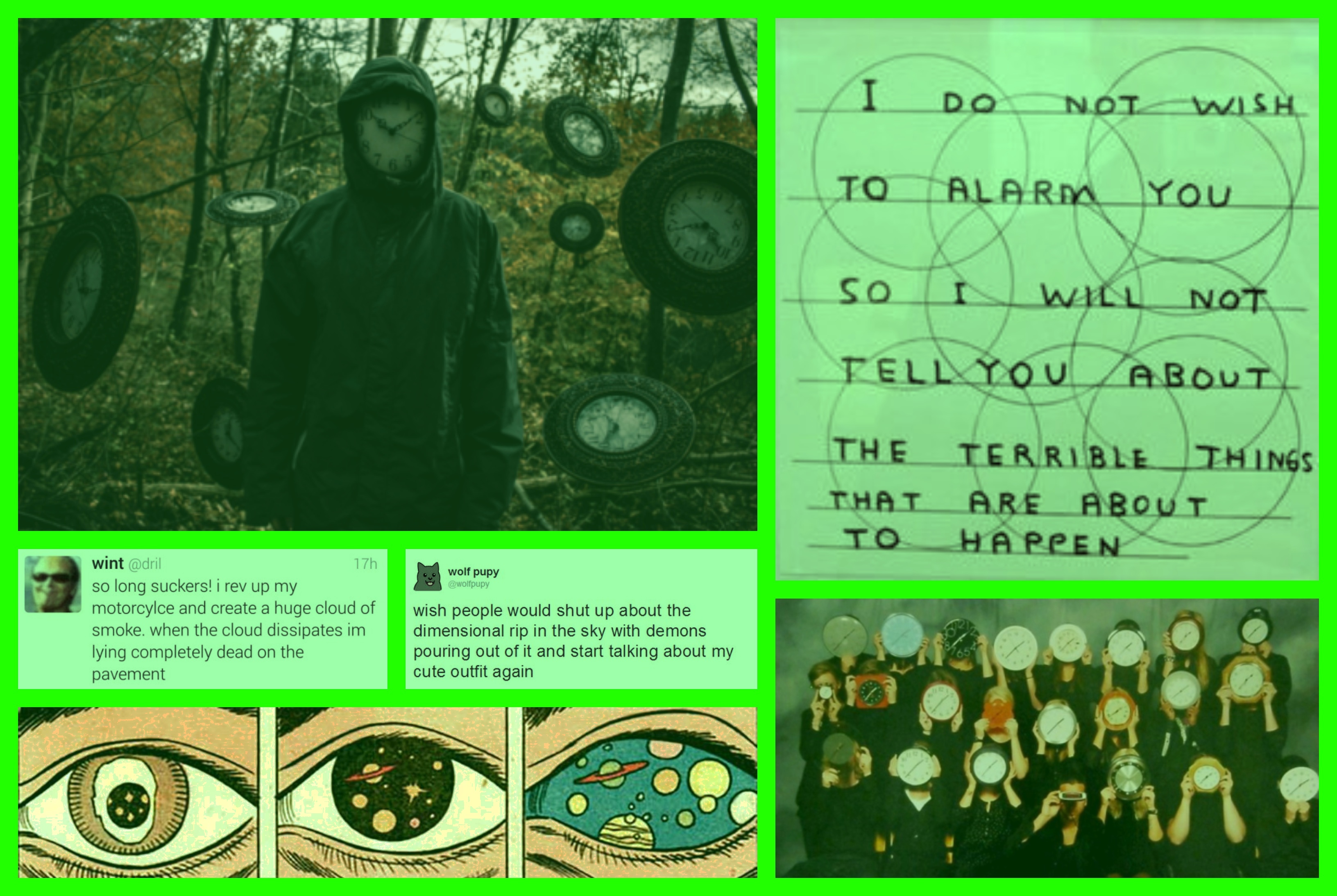 THE MAGE OF SPACE

NAME MEANING: kairos is an ancient greek word meaning the "right, opportune, or critical moment"
a quasar is "a massive and extremely remote celestial object, emitting exceptionally large amounts of energy." they're used as reference points for charting the sky because of their relatively small size and intense brightness.
chumhandle is... self explanatory, although it has the added bonus of referencing time (kairos' thing) while foreshadowing kairos' aspect (because he is timeless)

Your name is KAIROS QUASAR, and you fucking love CLOCKS.

There's something comforting in the way they TICK, constant and ETERNAL. You've dedicated most of your life to COLLECTING them. Some people would say it's a bit of an obsession. You're CONFIDENT in the fact that your clockkeeping is just a NORMAL EVERYDAY HOBBY, y'know, like people who have rooms full of dolls or ships in boats or whatever.

You also like PUZZLES, although not nearly as much as you like clocks. Your collection of JIGSAW PUZZLES WITH CLOCKS IN THEM is relatively small, but considering the niche subject matter, as well as the circumstances of your existence, you'd say it's pretty fucking impressive. You're fond of setting up ELABORATE TRAPS in your hive to trip up visitors, although you end up setting most of them off when you FORGET WHERE YOU PUT THEM, to the amusement of your singular visitor.

What else is there to say about you? Oh, yeah. You're DESTINED for BIGGER THINGS. You're going to REINVENT THE WORLD. And you're not just saying that. You KNOW it.

Your trolltag is timelessTactics and you pride yourself on your perfect typing, 24ve a few subtle references to your favorite numbers.